Trapped in the woods: transfer of land to environmental NGOs caught by the State aid rules

Those who have to advise on “Big Society” projects such as the transfer of public assets to NGOs, charities or public service mutuals will need to be aware of the judgment of the General Court (GC) on 12 September in Case T-347/09 Germany v Commission (so far available only in French and German).

This case concerned the free of charge transfer of 125,000 hectares of woodland by the Federal government in Germany to environmental NGOs, in order, it appears, to relieve the government of the costs of maintaining the land.  The NGOs took on all responsibilities of the landowner for the woodland but were also permitted to keep the revenues they could raise, subject to any surplus of revenue over cost being either handed to the Federal government  or re-invested in the land. 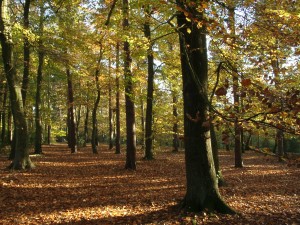 Germany’s principal basis of attack was the argument that the NGOs were not “undertakings”, for the purposes of the measure at issue.  It pointed out that the NGOs all had a social objective, that national law and the transfer contract regulated what they could do on the land, and that any surplus from the land had to be reinvested or handed to the government.

The GC disagreed.  It pointed out that even a body with exclusively social objectives may also carry out economic activity.  In the present case, the terms on which the NGOs acquired the land allowed them broad scope for raising money from the land, including sale of wood taken from the land and sale of hunting and fishing licences.  Those sales could be carried out on commercial terms.  Those activities had to be seen as offering goods and services on the market in the same way as private commercial providers of those goods and services, and hence as economic activity.  Nor could those activities be seen as part of the carrying out of purely social and environmental objectives: the GC rejected, for example, the suggestion that the sale of hunting licences was so necessary to protect buds and tree bark from animal attack that it could not be dissociated from the NGOs’ environmental objectives.  Nor was it relevant that the NGOs did not have the objective of making profits, were largely financed by gifts, and had to re-invest any profit made.

Germany’s second line of attack was to claim that the NGOs derived no advantage from the grant of land: any surplus revenues had to be reinvested or handed to government.

The GC rejected that line of argument as well.  The advantage obtained by the NGOs was that, unlike competing undertakings selling wood or hunting or fishing licences, they did not have to pay for the land used to provide those goods and services.  The fact that they had to reinvest (or lose) any profit out of those activities was irrelevant.

Finally, Germany claimed that the Commission had not properly applied the fourth criterion laid down in Case C-280/100 Altmark [2003] ECR I-7747.  It will be recalled that the fourth Altmark criterion is that, when the undertaking providing a service of general economic interest has not been chosen in an open procedure, the level of payment it receives must be determined by reference to an analysis of the costs of an average well-run enterprise, taking account of revenues and the need to earn a reasonable profit.  The GC agreed with the Commission that this criterion was not met: the NGOs had been chosen by reference to their record as environmental agencies and the environmental merits of their plans for operating the land, and not by reference to reducing as far as possible the costs to the State.  The GC resisted an attempt by Germany to rely on the liberal application of this criterion by the GC in its controversial judgment in Case T-289/03 BUPA [2008] ECR II-81, confirming that (to use the English terminology) that case is confined to its own special facts and cannot be relied on as a precedent.

Although this case does not break any major new ground, it is a salutary warning that State aid is very likely to arise when public authorities hand assets over to charities or public service mutuals where there is any possibility of the recipient using those assets to offer goods or services of a kind capable of being supplied by the market.  In an era when public authorities are being encouraged to hand over assets to such bodies, this is a point State aid advisers need to have at the front of their mind.

This entry was posted in European Court judgment. Bookmark the permalink.