You know that thing about buses – you wait for ages and then three come along at once. In this case it is football clubs – and five of them. On 6 March the Commission announced that it had opened an in-depth investigation into measures supporting five Dutch football clubs: N 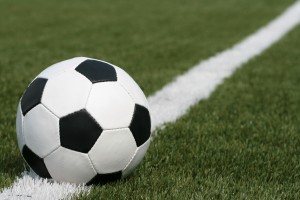 EC, MVV, Willem II, PSV and FC Den Bosch: see Press release IP/13/192. At least three of these measures appear to have involved the clubs’ stadium facilities, bringing to mind the 2011 fracas over the Olympic stadium, which also involved allegations of State aid. The Dutch football clubs are not the only ones in the spotlight: the Commission is looking at similar measures supporting professional football in all of the Member States, and sent a request for information to all Member States in October 2012. More decisions in relation to other clubs may well be forthcoming.

The decision is not yet up on the Commission’s website, but will eventually appear under the case number SA.35584.

This entry was posted in Commission decision. Bookmark the permalink.

1 Response to Fair play and football