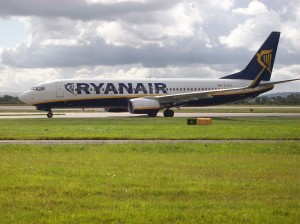 Readers of this blog may recall the post on 2 July concerning the AG opinion in Case C-284/12 Deusche Lufthansa, then only available in French. The good news is that the English version of the opinion has now been published, and the judgment of the Court in that case was handed down yesterday.

The background to the case is set out in the 2 July post. In essence, this was a reference from the Oberlandesgericht Koblenz raising the question of the duty of national courts to suspend an alleged aid measure (in that case, arrangements between Frankfurt Hahn airport and Ryanair) in relation to which the Commission has initiated the formal investigation procedure. Importantly for the purposes of the reference, the German authorities had disputed the existence of aid, and the decision opening the formal investigation procedure therefore merely expressed a provisional view that the measures constituted aid.

The Court ruled that the scope of the obligation to apply Article 108(3) TFEU differed depending on whether or not the Commission had initiated the formal investigation procedure in relation to the measures before the national court (para 33). If it had not yet initiated that procedure, the national court had to decide for itself (if necessary following a preliminary reference to the ECJ) whether the measure constituted aid, in order to decide whether Article 108(3) was engaged (para 34).

On the other hand, if the Commission had initiated the formal investigation procedure, the Court considered that “following the doubt raised in the decision to initiate the formal examination procedure as to the aid character of that measure and its compatibility with the internal market, its implementation should be deferred until that doubt is resolved by the Commission’s final decision” (para 40). In other words, even if the decision initiating the formal investigation procedure expresses only a provisional conclusion that the measure is aid, that is (according to the Court) sufficient to require the alleged aid measure to be “deferred” until the Commission has reached a final decision.

Interestingly, the Court does not seem to base this conclusion directly (or solely) on the provisions of Article 108(3). Rather, this conclusion seems to be based on the fact that the effectiveness of Article 108(3) would be frustrated if the national court were to refuse to suspend a measure that the Commission subsequently found to have been aid (paras 38-39), together with the duty of sincere cooperation under Article 4(3) TEU (para 41).

While these general principles as to the obligations on national courts are fairly unambiguously set out, the Court is less prescriptive as to the implementation of these principles in practice. Although it states that national courts are “required to adopt all the necessary measures with a view to drawing the appropriate conclusions from an infringement of the obligation to suspend the implementation of [the alleged aid] measure” (para 42), it then goes on to give national courts a certain degree of flexibility as to how they do that. While one possibility is the suspension of the implementation of the measure and the recovery of aid payments already made, another possibility is to order “provisional measures” to safeguard the interests of the parties concerned and the effectiveness of the Commission’s decision to initiate the formal investigation procedure (para 43). If necessary, the national court can refer a question to the ECJ (para 44) – presumably catering for the situation where the court considers that (notwithstanding the provisional assessment in the decision initiating the formal investigation procedure) the measure is indeed not aid within Article 107(1).

This lack of specificity is understandable. Aid measures, as we all know, arise in manifold and varied forms. The way in which the implementation of an aid measure (or suspected aid measure) is to be prevented or deferred will therefore vary from case to case. While the simple suspension of the aid may be possible in some cases, in others more complex interim measures may be appropriate.

What is clear is that a national court may no longer simply do nothing, when seised of an alleged aid measure that is the subject of a Commission formal investigation, and which has not already been suspended by the relevant Member State. A provisional conclusion that there is aid, in a decision opening the formal investigation procedure, effectively gives rise to a presumption that the aid measure cannot continue to be implemented. This is the first time that this principle has been stated explicitly by the Court, and it represents an important development in the interpretation of Article 108(3) and the obligations of national courts.

The consequences of this ruling are all the more important given the length of time that it takes the Commission to resolve some of its State aid investigations.  In the case of the alleged aid to Ryanair that was the subject of this reference, the formal investigation was opened in June 2008. More than five years on, the Commission is still deliberating.

This entry was posted in AG opinion, European Court judgment. Bookmark the permalink.