During the election campaign, some publicity was give to Conservative proposals (not in their manifesto but circulated in a document given to journalists) to replace the State aid regime.

The document does not seem to be available on line, but here is a photographed copy. 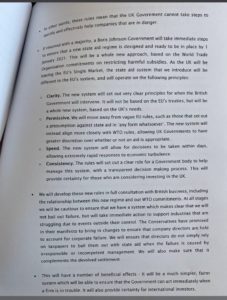 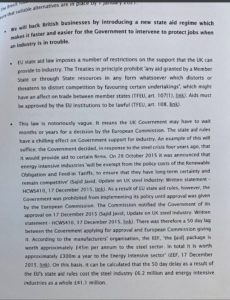 I commented on the proposals for Prospect magazine.

Now that the future direction of Brexit is rather clearer, we will aim to provide a forum for further discussions on these proposals as they develop, and to organise events to discuss other aspects of State aid control after Brexit.

This entry was posted in Brexit issues, Legislation. Bookmark the permalink.